In this breakfast, you will get an inside look at the issues and opportunities that impact Prince George and Northern British Columbia's Visitor Economy.

Most regions of B.C. have enjoyed four straight years of record-setting results for overnight visitation, revenues and other measures. But can the province's visitor economy sustain higher than average growth, particularly in view of an evolving political landscape, regulation changes, natural disasters and other emerging issues.

In this session, attendees will learn about: 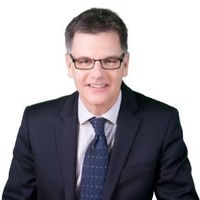 Walt has been involved in the tourism industry for over 25 years, having worked at BC Pavco, Port Metro Vancouver and Tourism Vancouver prior to joining the Tourism Industry Association of British Columbia (TIABC) in May 2015. As CEO, Walt leads multiple advocacy/policy files, sets the strategic course for TIABC, builds relationships with members and industry stakeholders, and communicates the value of B.C.'s visitor economy to various constituents. Before TIABC, Walt spent 15+ years at Tourism Vancouver as Vice President of Marketing Communications, Membership and Sport.

Over the years, Walt has held dozens of board and committee positions. At present, he is on tourism program advisory committees for both Capilano University and Vancouver Community College. He also serves on the City of Vancouver's Sport Hosting Grant Committee, as well as the Better Transit and Transportation Coalition. Having visited some 40 countries, Walt loves to travel and especially enjoys visiting communities around British Columbia to meet with tourism colleagues. For fun he plays hockey and golf, runs to stay fit, and enjoys spending time with family and friends.
Location:
Sandman Signature
2990 Recplace Dr.
Date/Time Information:
Registration 7:30 AM
Breakfast 8:00 AM
Presentation 8:20 AM
Contact Information:
Tianna Rossi, Executive Projects Coordinator
Send an Email
Fees/Admission:
$25 for members
$30 for non-members
Set a Reminder:
Business Directory News Releases Events Calendar Hot Deals Job Postings Contact Us Weather